After ten years of struggling and little progress made in the Simandou co-development mainly between Rio Tinto and Aluminum Corporation of China Limited (Chalco), Simandou has been back to the radar in the world’s iron ore community, and coincidentally it has emerged with the re-surge in global iron ore prices in the past two years.
Chinese enterprises in the nonferrous and ferrous community have reignited their interest in exploring overseas iron ore resources and brownfield steel project, among which is the Simandou iron ore deposit, the world-class rich iron ore resource in Guinea, West Africa.

Back in 2010, when Chalco was approved by the Chinese authority to co-develop the Simandou tenures No. 3 and No. 4 with Rio Tinto, after Rio Tinto failed to have aroused any investment interest from Shanghai Baosteel Group (now part of the China Baowu Steel Group), Chalco said it would invest $1.35 billion in exchange for an ultimate 47% stake, Rio 48%, and the International Finance Corporation, the private sector financing arm of the World Bank 5%, with the Guinean government having an option to take 20%.

The tenures involved, with the proven and probable resources at 2.25 billion tonnes with 66- 67% Fe content, had been expected to start operation in five years or 2015 at 70 million tonnes/year back then.

A decade has passed, the project has remained as the resource, but Baowu has returned to the picture, and the Chinese steel industry has survived its dark days in 2012-2015. It may be time again, then, for the Chinese steel mills to review and plan its development strategy including its overseas investment for the next decade. 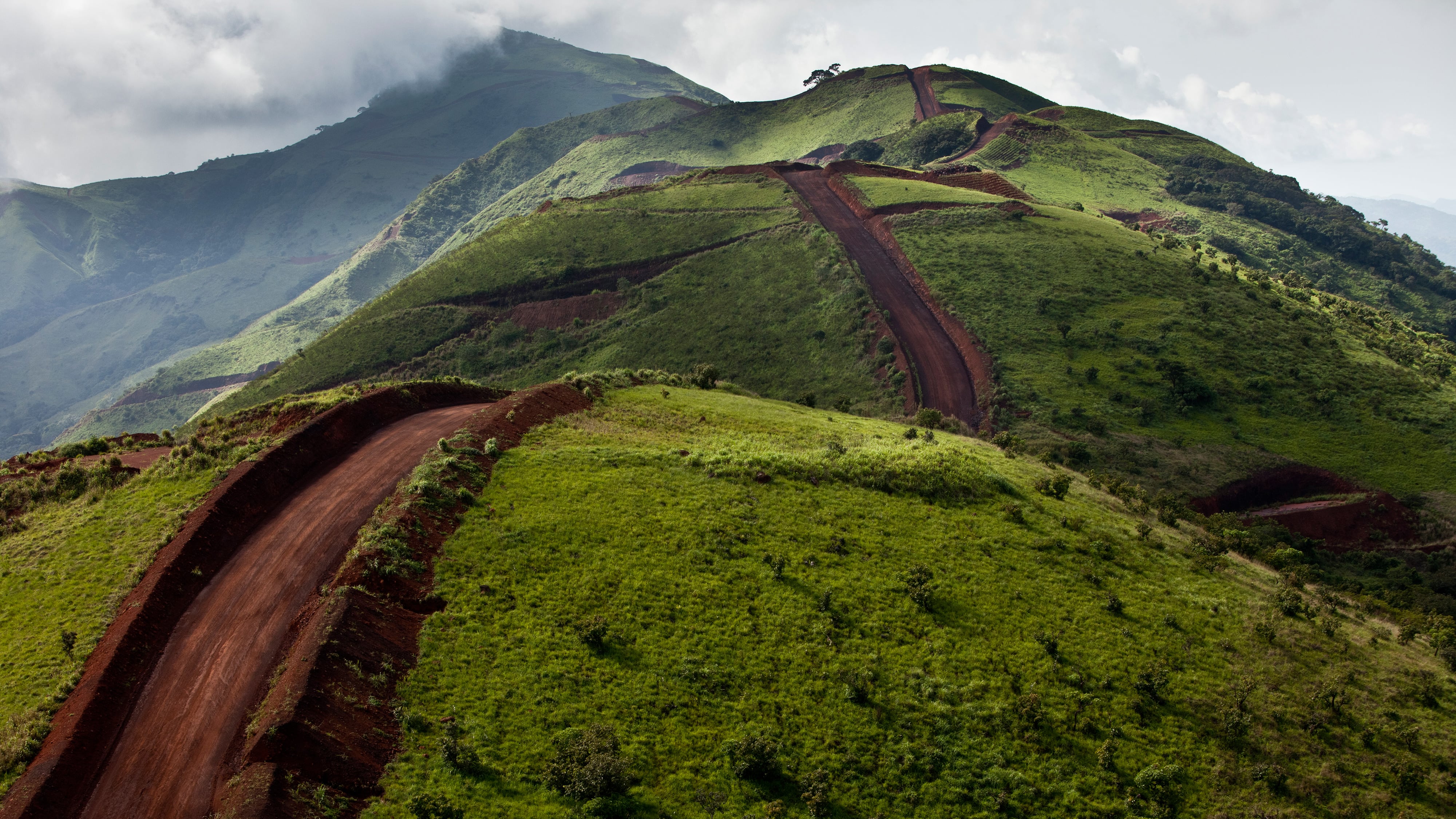 Among the latest action taken by the Chinese enterprises where the Simandou deposit is concerned is that China’s largest and the world’s second largest steel mill – Baowu has been into discussion with Chalco on acquiring the latter’s stakes in No.3 and No.4 Simandou iron ore deposits tenures and joining hands with Rio Tinto in developing the project, according to a report from Caixin Global on June 30.

As of 2018, Chalco was holding 39.95% of the stake, being the second largest shareholder after Rio Tinto’s 45.05%, with the balance being held by the Guinean government, according to the by Rio Tinto on October 28 2018, and Baowu estimated that the mine’s infrastructure works including a cross-country railroad and deep-water port will cost over $15 billion, according to the Chinese-language media report.

In early June, the Guinean authority also approved a preliminary agreement with a China-backed consortium SMB-Winning to develop the No.1 and No.2 tenures of the Simandou iron ore deposits for 25 years, and the consortium includes four partners - Shandong Weiqiao (Weiqiao), United Mining Supply (UMS) and the Yantai Port Group, and the Singapore-headquartered Winning International Group (Winning). A UMS release on June 10 stated that the total investment for these two tenures are estimated at $15 billion including $6 billion in equity investments.

The blocks No.1 and No.2 are holding approximately over 3.6 billion tonnes of high-grade ore with the ferrous content at over 65%, according to Winning’s statement on June 9.

“I have heard that more Chinese companies are looking at the resources in Simandou’s No. 1 and No.2 tenures, and some construction and engineering companies have been helping out with the project designing and investment study,” a Beijing-based market source said.

This has come to little surprise to the Chinese ferrous community, as in the past few years, Chinese companies have been consistently exploring overseas resources or steel investments, with some such as Weiqiao and China Molybdenum preferring to invest in mining projects in Africa and South America to make the best of their expertise in mining, while others such as Hebei Iron & Steel Group in a 2.2 million tonnes/year steel mill in Serbia and Hebei Jingye’s acquiring the 3 million t/y British Steel, Mysteel Global notes.

Why Simandou is so appealing to Chinese enterprises?

The Simandou mine is one of the world’s largest untapped and richest high-grade open-pit iron ore deposits of its kind, with the iron content at least above 65.5%, according to Guinea’s Ministry of Mining and Geology.

The rich resources, thus, have even attracted Weiqiao, China’s top aluminum producer, which has also presented little surprise to a Shanghai-based nonferrous analyst.

“Weiqiao is no stranger to the mining investment in Guinea, as it has long before invested a bauxite mine in Guinea together with three other partners including a Singapore company, and the investment has involved the mining and the infrastructure construction for road transportation and port facilities, ” he said.

The bauxite mine was commissioned and has been shipping bauxite since 2015, with 42 million tonnes produced in 2018, Mysteel Global noted.

“The rich and high quality iron ore reserves in Simandou is definitely a core reason that lures Chinese firms in investing in the project,” a Beijing-based senior industrial analyst said, and “when the global iron ore price is hovering at the current level – neither too high or too low, it is a good timing to acquire some iron ore deposits,” he added.Source: Mysteel

To some Chinese enterprises, It is now also a time to look for alternative supplies, “as China has been the world’s largest iron ore consumer but has been too heavily relying on imports, especially the supplies from Australia and Brazil,” he added.

China’s annual iron ore imports have persisted over 1 billion tonnes since 2016, and for 2019, China totally imported 1.07 billion tonnes of iron ore, among which Australia iron ore accounted for 62% with around 664.6 million tonnes and the volume from Brazil approximated 229 million tonnes or 21% of the total, according to the statistics of China’s General Administration of Customs.

High concentration in supply sources tend to pose potential risks, according to the Beijing analyst, and “what the Chinese steel mills have learned in the past several years is that once the supply from either of top two supply origins is disrupted, Chinese steel mills will be in a very passive position especially in iron ore pricing,” he added.

The limitation in domestic self-sufficiency, thus, “has made it all the more important for the China to diversify iron ore supplies by adding more supply countries, and encouraging the Chinese enterprises to invest in overseas premium-quality iron ore deposits have become rather necessary,” the analyst pointed out.

An official from a Liaoning-based mining company in Northeast China admitted limited and economical iron ore resources in China being feasible for mining.
There are still several underground deposits undeveloped yet in China, but the construction will be very costly and the procedure to receive all the related approvals will be long and hard as the authorities are very conscious of the safety and environment protection issues, according to him.

“All the negative factors have dampened the enthusiasm among the domestic investors in developing domestic iron ore mines, and they are also afraid of iron ore prices in the coming years will not be covering their high development costs,” he added.

Even for some overseas iron ore deposits such as Simandou that are perfectly juicy themselves, huge challenges are still lurking in the background, especially when the investment is large in scale and long in development, and those projects located in the countries with backward economy usually involves heavy investment in infrastructure construction before the commissioning of the project, Mysteel Global notes.

An iron ore investment official from a steel mill in central China once shared that investments in Africa is very challenging, as political stability, workforce localization, related facilities at the mining sites such as dormitories and canteens should all be in consideration before the investment decision is made.

“The Simandou iron ore deposits have been rich in ferrous content, no issues with the resource itself at all, but the bottleneck or the most costly part is about the infrastructure construction during the development stage,” he added, who used to work in iron ore and overseas investment for many years.

Nevertheless, all these will not stop the Chinese enterprises from developing overseas iron ore projects, a Shanghai-based iron ore analyst commented.

“China government will provide strong backup to these enterprises and projects with the support from financing to related investment policy, as such efforts will pay off, doing the good to the country’s whole steel industry when these projects are up and running,” he said.