China’s domestic steel demand is expected to recover further during this half of 2020 with the continued strengthening in the domestic economy to finally score an on-year growth for the whole 2020, offsetting the declines in the first half amid the COVID-19, Shen Bin, chairman of the China Iron and Steel Association (CISA) shared on July 31.

“In the first half year, China’s steel industry had overcome mountains of difficulties caused by COVID-19 and largely maintained stable production and operations,” Shen shared at the CISA’s council meeting in Zhangjiagang, East China's Jiangsu province. “Though (the steel industry’s) economic effectiveness was much lower than in the previous year, the trend has gradually improved by month,” he added.

CISA’s latest industry analysis report released at the meeting also reaffirmed that China’s domestic steel demand with that from the construction sector in particular is likely to grow steadily this half and achieve a final on-year growth. 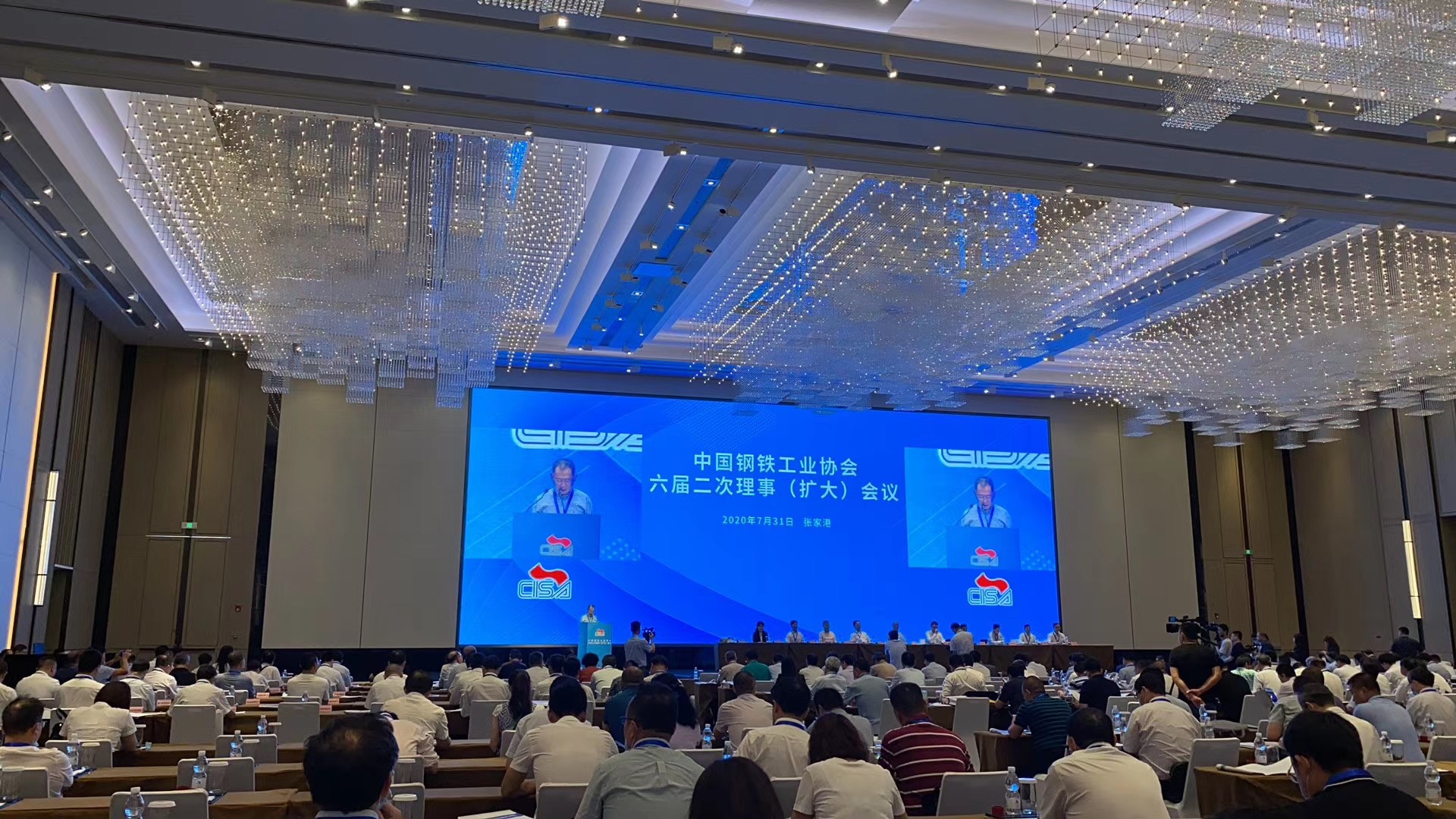 To actively expand domestic demand is an important direction for the country’s economic development, and China’s central government had announced a series of financial and monetary initiatives and other related measures in its 2020 Government Work Report (released in late May) including boosting investment, and slashing taxes and fees, which, in reality, has helped ensure the stable operations among the Chinese steel mills.

“China’s core steel demand still remains at a relatively high level,” Shen remarked. “The pandemic did lead to a decline in domestic steel demand, but solid demand still exists in the traditional steel-consuming fields. In fact, some fields still need to be improved,” he added, taking the infrastructure as an example.

A big gap still exists between the intensity of infrastructure facilities in China and those in the developed countries, suggesting that steel demand in the traditional infrastructure construction still has room to grow, he concluded.

“It is hard to foresee that the construction and auto-manufacturing industries will sustain the growth in the domestic steel demand, they are very likely to contribute greatly to ensuring that steel demand stays relatively high. At the same time, the steel consumption from these traditional industries may trigger the upgrading in steel quality, product structure, and the services the steelmakers provide,” Shen said.

Besides, the emerging industries such as the 5th generation wireless system (5G) and data centres will also present new opportunities to the steel industry, both in volume and the evolution of the whole industry, he added.

For the auto industry during the present half, domestic production and sales are expected to recover to 90% of the levels during the H2 2019, resulting in a 10-15% on-year decline in the full 2020 in the end, not too substantial compared with a 7.5% on-year loss in auto production to 25.7 million units, and a 8.2% on-year drop in auto sales to 25.8 million for 2019, according to the China Association of Automobile Manufacturers.

For the H2, China’s machinery industry will be recovering further too, and its revenue or profit may be flat or even increase slightly on year for the whole 2020, according to CISA’s report. Similarly, the household appliance industry may produce more for the second half of 2020, and its steel demand, thus, match the level of 2019. The shipbuilding industry, however, may see its steel demand fall on year over July-December as the global demand may shrink.

Over January-June, China’s finished steel output totalled 605.8 million tonnes, or up 2.7% on year, according to the data from the country’s National Bureau of Statistics.